Who is André Noordermeer 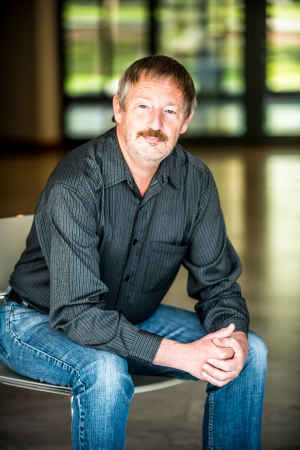 I have been active in the realm of software for surveying applications for many years.

As an alround IT person I joined the firm Ahrin (Ahrend Instruments), the represenative agent for Wild Heerbrugg, now Leica Geosystems.

Here I developed the first commercial surveying software "Kartomat", which was capable of processing measurements coded in the field using electronic total stations and create a digital map, that was usefull right away. The map could be plotted out, but computer screens at the time were not really suited for graphical manipulations. Corrections to the map were done numerically.
As the technology of graphical screens improved the software was enhanced with CAD capabilities, so now maps could be improved directly on screen.
The name was changed to "DigiCad" te reflect the new functionality.

Thanks to the popularity of this software several hundred licenses were sold in The Netherlands alone. Systems were also delivered in Belgium and even as far as Ghana.

Eventually the user community become too large for a very small team to provide both support and development services and it was decided to replace the software package by Liscad. Many coding tricks and methods were replicated in Liscad allowing for a smooth transition of the customer base within the existing maintenance contracts.

In 2002 I founded MultiGeo and from 2004 a very tight co-operation developed with LNR Globalcom, which lasts until today.
I created the infrastructure of LNR Globalcoms LNR NET, the best GNSS reference netwerk in The Netherlands.

Ask a question
Back to top